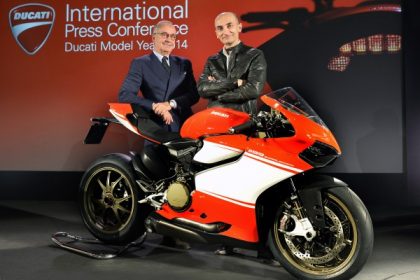 The “Leonardo da Vinci” Science and Technology Museum in Milan proved was the perfect, high-impact venue for the preview of Ducati’s 2014 range. The exciting and incredible new motorcycles designed and built with a level innovation and creativity unique to Ducati, are now ready to attract the thousands of enthusiasts set to visit EICMA 2013, the 71st edition of the International Motorcycle Exhibition at the International Fair at Rho, Milan, 5-10 November.
The press conference offered a perfect opportunity for Claudio Domenicali, CEO of Ducati Motor Holding, to illustrate the latest market trends and explain how Ducati continue to succeed despite a persistently complex international economic crisis. For Ducati, 2013 has continued the same positive performance and growth achieved during the last few years by the company, which joined the Audi Group in 2012. Ducati’s new 2014 models exemplify how cutting-edge technology is being applied across the entire range, further characterised by the unmistakable Italian design that is set to attract more owners in new and emerging markets.
Of the four new models that represent Ducati’s industrial plan for 2014, three will be presented to the public at EICMA 2013, while the fourth is expected to launch early next year. The new “Supermid” offering in the Superbike family, the 899 Panigale, was presented ahead of the Milan show with deliveries already in progress, while the limited edition 1199 Superleggera, which introduces levels of engineering and technology that set a new benchmark in the industry, now enjoys its first public showing. More than two decades and 270,000 extremely satisfied owners after its initial launch, the third generation of the iconic Ducati Monster is now unveiled as the brand new Monster 1200, providing as much breath-taking fun as before, with a versatility and modern relevance that make it even more Ducati than ever.
Claudio Domenicali, CEO of Ducati Motor Holding
“For Ducati, EICMA is a key, strategic event. Despite the slow market, Ducati looks to the future with optimism and confidence, implementing both a major product development plan and constant technological innovation. Data from the first nine months of 2013 shows that the same momentum that has enabled us grow over the last three years is being maintained and we fully expect to repeat the achievements of 2012, a year in which Ducati broke all previous records in terms of sales, output and revenues. Three of the stunning new models for 2014 will be presented at our stand here in Milan and we are certain that the vast ‘Ducatista’ fan base will be delighted with them. In addition to the 899 Panigale, which will be making its official public debut, we will also be presenting the 1199 Superleggera, an incredible motorcycle engineered to levels of technology and performance never seen before on a production bike. Only 500 of these individually numbered motorcycles are being built, and 90% of them have already been sold, even before its official presentation. And finally, comes the long-awaited new Monster 1200, a sports bike that with its advanced technology, is also perfect for everyday use. Rider-friendly with enhanced safety and always a sure source of endless enjoyment, it also provides the sophisticated character and thrill of being a true Ducati.”
Also speaking on the Ducati-EICMA 2013 press conference stage was Walter de Silva, Head of Volkswagen Group Design. His outstanding career has earned him a Compasso d’Oro and seen him receive many prestigious design awards. De Silva was honoured to be present at the unveiling of the new Ducati models, and underlined the key role that design, and especially Italian styling, plays in every single product of the 12 brands in the Group, further expressing a particular fondness for the two-wheeled gems built in Bologna.
Walter de Silva
“I’m delighted to be here with Ducati for the presentation of the new 2014 models. Above all, I am proud of how Italian design is always as distinctive as it is successful. Indeed, design is a cornerstone of the Volkswagen Group. My contribution to the Ducati Design Centre is a contribution of process improvement and enhanced integration with the Group. Together with Ducati, I am learning how to assess new motorcycle models, a process that differs greatly from the world of car design in that rider and motorcycle form a single entity. This is an exciting area that can lead to outstanding results in terms of styling and in-Group synergy. Many Ducati motorcycles, especially the latest models just presented such as the 1199 Superleggera or the new Monster 1200, epitomise the Italian style for which we are renowned and revered worldwide.”

The press conference for the presentation of the new 2014 range also offered an opportunity to officially confirm Ducati’s racing plans for 2014. After an uncharacteristically poor season, Ducati is now fully motivated in preparation for 2014 under the guidance of recently appointed Ducati Corse General Manager, Luigi Dall’Igna. In MotoGP the official Ducati Team riders will be Andrea Dovizioso and Cal Crutchlow, while Chaz Davies and Davide Giugliano will compete the 1199 Panigale as official Ducati riders for the 2014 World Superbike season.

The key moment of the press conference was undoubtedly the unveiling of the long-awaited Monster 1200, welcomed enthusiastically by the large international audience of the “Leonardo da Vinci” Science and Technology Museum.
More than two decades on from the Monster’s first unveiling, Ducati now introduce the iconic model’s latest generation with the 2014 Monster 1200 and 1200 S. Powered by the formidable, Superbike-derived 1198 Testastretta 11° DS engine with an enhanced set-up for mid-range power delivery and rideability, the brand new flagship of the family presents an entirely new chassis and muscular design fully integrated with Ducati’s latest technologies.
High-spec brakes, suspension, single-sided swingarm and lightweight wheels combine with Ducati’s best-yet ergonomics to offer the Italian manufacturer’s most attractive Monster ever. Super comfortable and introducing an innovative adjustable seat height, the model also combines 8-level traction control, 3-level ABS and 3-level Ride-by-Wire into Ducati’s user-friendly, press-button Riding Modes.
Evoking the exciting memories of past models such as the powerhouse S4R and S4RS, the 2014 Monster 1200 also boasts an exclusive S model with 145hp and a ride-enhancing 92ft-lb of high-accelerating torque, wrapped beautifully in a spec-impressive chassis that tips the scales at 182kg (401lb) dry weight.
While the Monster 1200 is presented in Ducati red with red frame and black wheels, the Monster 1200 S offers Ducati red with red frame and glossy black wheels in addition to the striking scheme of white with bronze-coloured frame and glossy black wheels.The Monster 1200 will be available in the UK at £10,695 and the Monster 1200 S at £12,995.

Another major addition to the 2014 range is the 1199 Superleggera. A dream motorcycle with levels of technology and engineering that now sets the bar even higher for the world of production motorcycles. The innovative project was introduced with an equally innovative marketing strategy, which previewed the 1199 Superleggera via an exclusive website, accessible by invitation only and intended to reward Ducati’s top customers. Its success exceeded all expectations and, to date, a staggering 90% of the 500 motorcycles that will be produced have already been sold, with the entire production run expected to be delivered by July 2014.
Ducati, always synonymous with technology, high performance and lightweight construction, created the challenge to build the 1199 Superleggera by giving its engineers free reign to propose the most extreme and technologically advanced street motorcycle ever. Internally referred to as “Project 1201”, the challenge then delivered a motorcycle specification never before achieved in a production machine.
The new machine combines a precious cocktail of materials such as titanium, magnesium and carbon fibre to set the highest power-to-weight ratio of any production motorcycle in history. Producing more than 200hp and weighing-in with a dry weight of just 155kg (341.7lb) (or 166kg “kerb weight without fuel”, the same as a race-ready World Superbike), Ducati showcase their innovative engineering and stylish approach to design, while affirming the maxim: “Authentic Italian Performance”.

In addition to the 2014 models, Ducati also present new 2014 Accessory and Apparel collections, characterised by technical clothing and the eye-catching Capsule Collection, which offers the Ducati “lifestyle” look also for casual wear.
Ducati will exhibit at EICMA 2013 on stand G-60 in hall 18, Stand G – 6020

The new 2014 range will also be on display in the UK for the first time at Motorcycle Live from 23rd November until December 1st.
source:November 05, 2013Ducati News, Motorcycle Shows 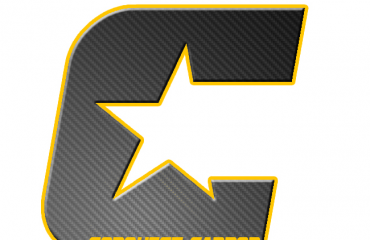