SPANISH rookie Marc Marquez earned his second win of the season with victory at the German MotoGP at Sachsenring on Sunday to go top of the championship standings.

Marquez’s winning time was 41min 14.653sec over the 30 laps with Crutchlow 1.559s back and Rossi coming home more than nine seconds further back.

With title leaders Dani Pedrosa and Jorge Lorenzo both absent after collarbone injuries, pole sitter Marquez lost ground at the start to find himself fourth by the first bend.

With title leaders Dani Pedrosa and Jorge Lorenzo both absent after collarbone injuries, pole sitter Marquez lost ground at the start to find himself fourth by the first bend.

But he hit back, taking the lead from home hero Stefan Bradl along the main straight on the third lap.

Marquez, in his first MotoGP campaign, was following up his Grand Prix of the Americas victory in Texas in April. He has finished on the podium in all seven races he has finished in 2013, his retirement at the Italian MotoGP the only blot.

Victory allowed Marquez to overtake compatriot and Honda teammate Pedrosa, who was forced out after fracturing his collarbone in Saturday’s practice, to go top of the world standings with 138 points – two clear of Pedrosa.

Reigning world champion Lorenzo was ruled out of the race on Friday, when he injured the same left collarbone he broke two weeks ago and underwent surgery on Saturday in Barcelona to reinsert a supporting plate.

”I’m happy, it’s great to win, but you shouldn’t forget that both Pedrosa and Lorenzo weren’t here,” said Marquez.

”I hadn’t expected to control the race like that.”

Both Yahama Tech 3’s Crutchlow and Rossi on the Yahama factory bike complained about losing grip on their rear tyres, but the British rider produced a brave performance after twice crashing in Friday’s practice session.

”I was trying to catch him (Marquez). I had a good start, even though it might not have looked like it. I struggled a bit with the rear tyre,” said Crutchlow who raced with an injured hand.

”I am pleased with the finish position we had here, having come off the floor twice on Friday.

”It’s not been a great weekend and I admit I don’t feel great.”

Rossi, who picked up his first win for three years a fortnight ago in Assen, admitted he had hoped to finish higher.

”I had a few problems with the rear tyres – we just have to keep working hard.” 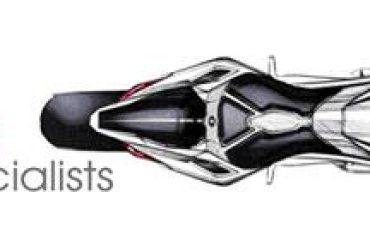