Swap the boring wobbly cheap plastic brake & clutch reservoir tanks for these MotoCorse’s jewel-like replacements that attach directly to your Brembo RCS Racing (not OEM) master cylinder and clean up the whole look of your MV Agusta F4’s cockpit.

**Photo for reference only** 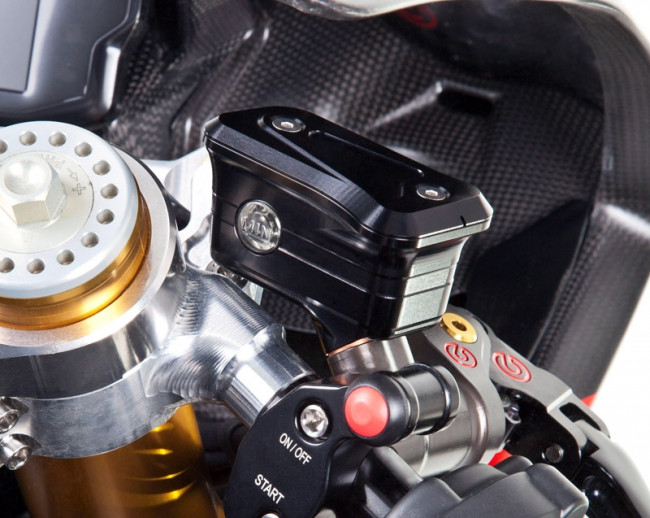