Swap out the boring cast footpegs and replace with these grippy MotoCorse’s jewel-like CNC replacements giving your Ducati/MV Agusta the finished look it deserves and providing better performance. 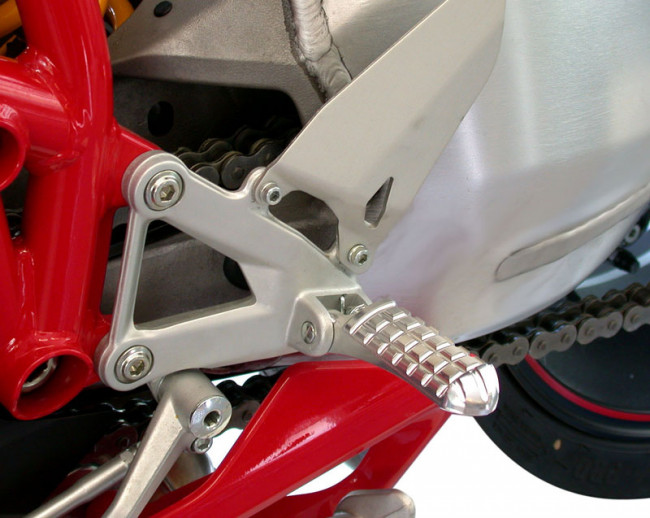