The MotoCorse titanium swingarm pinch bolts x2 which are made from 50% lighter solid billet titanium and finished to a jewel-like complexity, a worthy performance upgrade for your Ducati Panigale V4/Streetfighter V4. 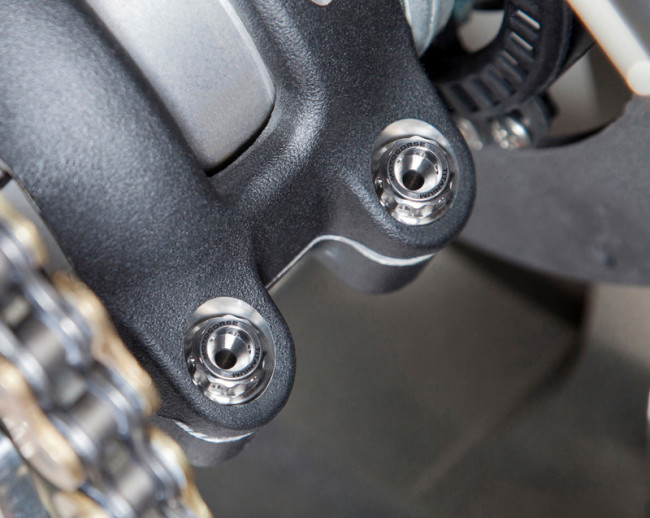