Motocorse front forks radial caliper mounts kit is composed of a set of specially machined from solid caliper radial mounts and it is dedicated to all Ducati Panigale (see list below) and Ducati Streetfighter V4 models equipped with Ohlins front forks.

The most interesting feature is that this kit is Plug&Play. It is just necessary to disassemble from the Ohlins forks the OEM caliper mounts and to fit the Motocorse ones without making any modifications and without having to change any other original part.

Manufactured from the highest-grade billet aluminium and 100% CNC machined then hard anodised in titanium grey and solid black. 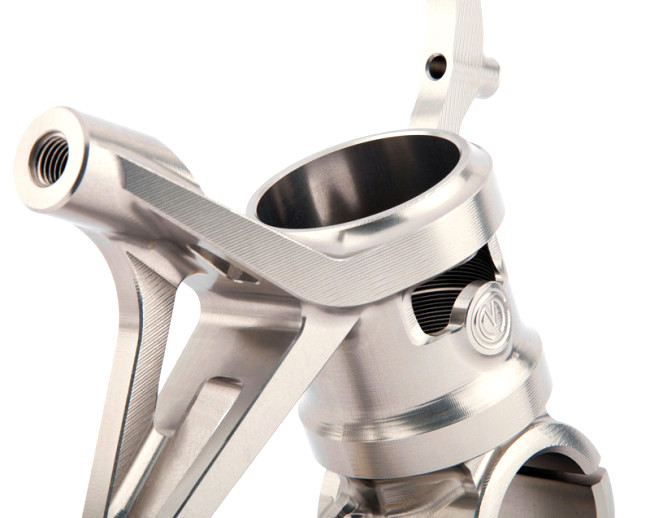