How your beautiful MV Agusta Brutale 4 cylinder should have come from the factory!

Protect yourself from unwanted tank slappers with this Scotts/MotoCorse steering damper kit.

Ever had that heart-stopping moment when the bars oscillate nervously or even flap uncontrollably out of your hands? If you have, you’ll know it’s no fun… if you haven’t… you should act now before it happens…

What you have experienced – or probably will experience sooner or later – is the problem known as a tank slapper, which, if it becomes violent enough (as it easily can), often leads to an accident.

Tank slappers happen when a bike’s front wheel leaves the road surface momentarily (or for longer if the bike is wheeling) and move from the straight-ahead position whilst airborne (this almost always happens if the rider touches the front brake which stops it rotating and thus loses its gyroscopic resistance to turning). 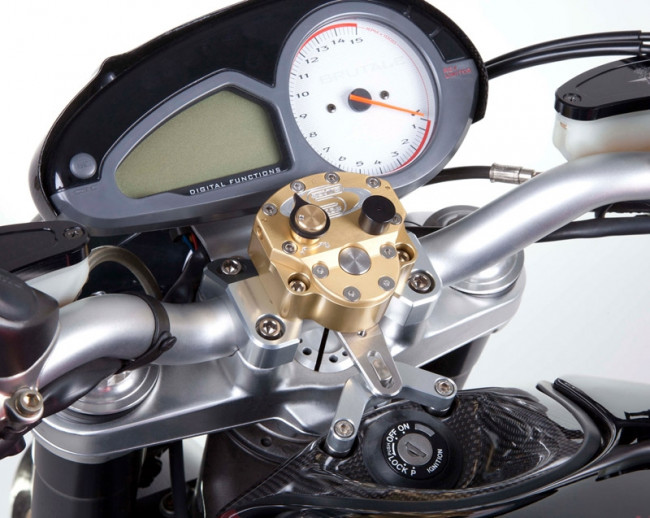