This is how your beautiful Ducati Panigale V4 should have come from the factory!

The MotoCorse frame plug caps are of jewel-like complexity giving your Ducati Panigale V4 the finished look it deserves.

The kit is composed of 6 plugs that are fixed to the frame through special stainless steel screws and expansion by means of a conical bush & metallic o-ring.

For each hole of the frame, there is a dedicated plug with a specific diameter and the right inclination. 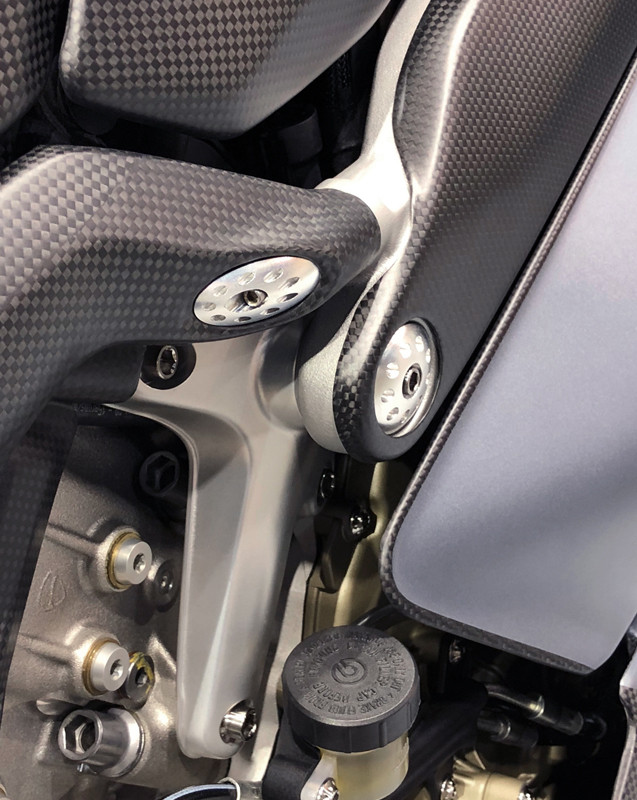