Designed to fit with Termignoni slip-on silencers (Not included)

Motocorse exhaust link pipe kit for the Ducati 899 Panigale series is entirely made of titanium starting from 1 mm sheets. This system of link pipe allows a weight saving of about 35% (1,16 Kg) compared to the original system and due to its thin construction, it also helps to dissipate the huge amount of heat from the OEM exhaust.

Welding and cutting are made with the most advanced systems, in particular, these link pipes are distinguished by the realization of their curves called “Lobster tail” consisting of several sheets welded together perfectly to create curves with a racing effect.

The link pipe has an increased diameter dimension to 75 mm and designed specifically for the Ducati 899 Panigale fitted with Termignoni D75 slip-on exhausts. 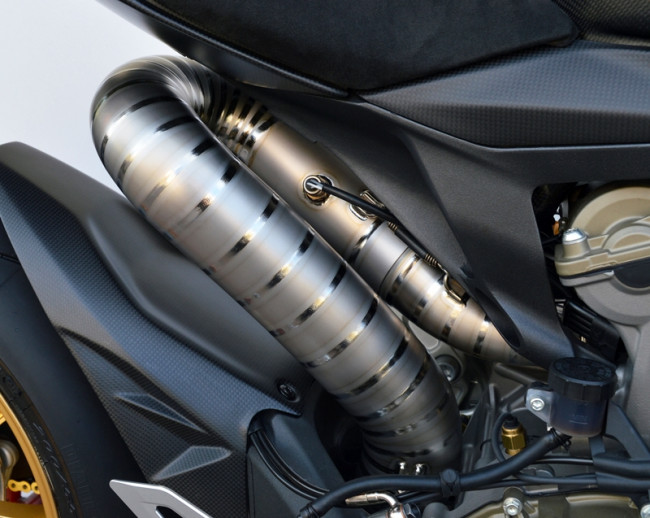