The most interesting feature is that this kit is Plug&Play. It is just necessary to disassemble the OEM forks and to fit the Motocorse Ohlins front fork kit without making any modifications and without having to change any original part.

Motocorse jewel-like SBK caliper radial mounts are made of aluminium alloy and constructed through the use of CNC machines.

The finish is obtained by anodic oxidation, available in two different colours: Titanium Grey and Black.

**important, for 1199/1299 base models please make sure you select your model correctly to receive the spacers to accommodate your 57mm forks** 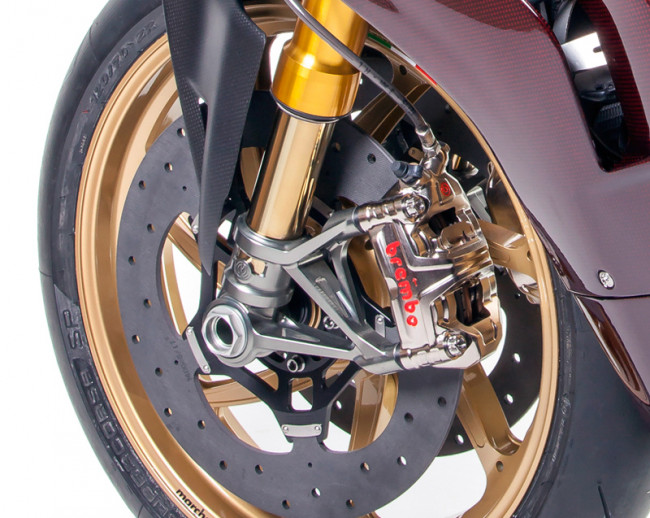 The distinctive features of MotoCorse are design, quality, performance and exclusivity. The company was born as MotoCorse Japan and Motocorse San Marino in the early 2000s with the idea of bringing innovation into the motorcycle world. MotoCorse is a company that designs, develops and manufactures its own accessories. MotoCorse uses the best specialists in the field for the production of its components. The passion of this company is reflected in the satisfaction of all its customers and in the desire of those who still are not, wants to bring jewelry for the two wheels