This is how your beautiful Ducati Monster 1200/S/R should have come from the factory!

Motocorse “Due Gemelli Dvxi” exhaust system is completely made of 1 mm. titanium plates. The curves of the front pipes are built joining together many segments with special weldings called “LOBSTER TAIL”.

Perfect substitute for the original one, Motocorse Titanium exhaust “Due Gemelli Dvxi” is 70% lighter.

The silencers are equipped with DB-killer. 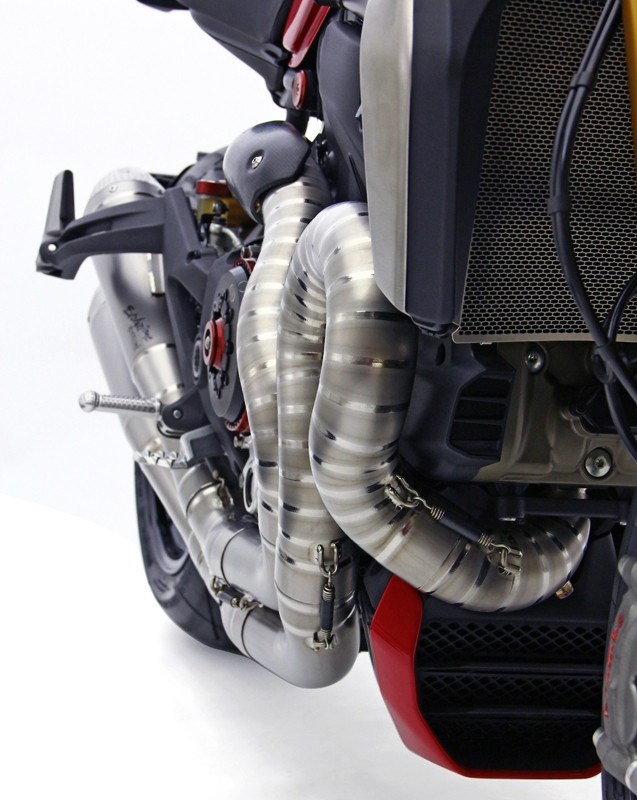